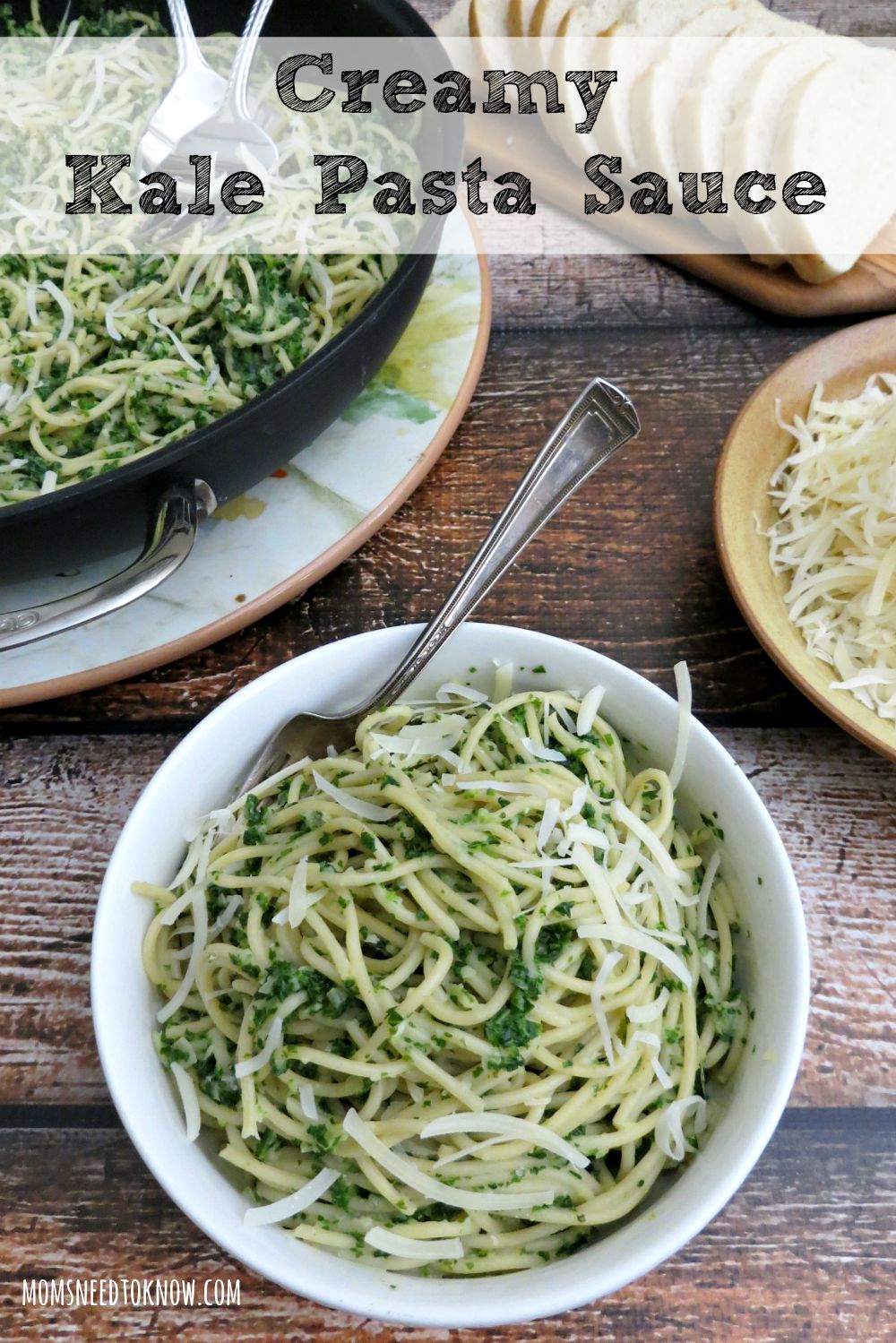 Remember back when nobody had heard of kale, nobody was eating it and people certainly weren't trying to figure out how to sneak it in to every recipe? Back when even the television show "Cheers" was making fun of kale? Well - those days are over!

I admit that I was slow to like kale, but everyone was telling me that I HAD to be eating it. I started making my homemade kale chips. This recipe is just a variation of another pasta sauce that I love to make....but instead of the spinach that I normally use, I used kale! I think I still prefer it made with spinach, but the kale was a nice variation.

Go ahead and play with the recipe to suit your individual taste by adding more or less garlic, butter and Parmesan cheese. I usually DO add more garlic than I list in the recipe, but we REALLY like garlic in our house!

Just a note: The kale will release quite a bit of liquid, so it's important to undercook your pasta. As the pasta cooks in the sauce, it will soak up most of the liquid without becoming overcooked.

For a variation, you can also stir the pureed sauce, butter, half & half and cheese in to rice for a creamy kale rice dish! Want to add some meat to it? Toss in some grilled chicken or shrimp! 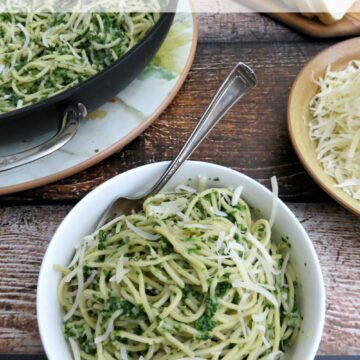 This creamy kale pasta sauce is a great way to get more of this superfood in your body! You can even substitute spinach for the kale for an equally delicious sauce!
Print Pin
Author: Mindi