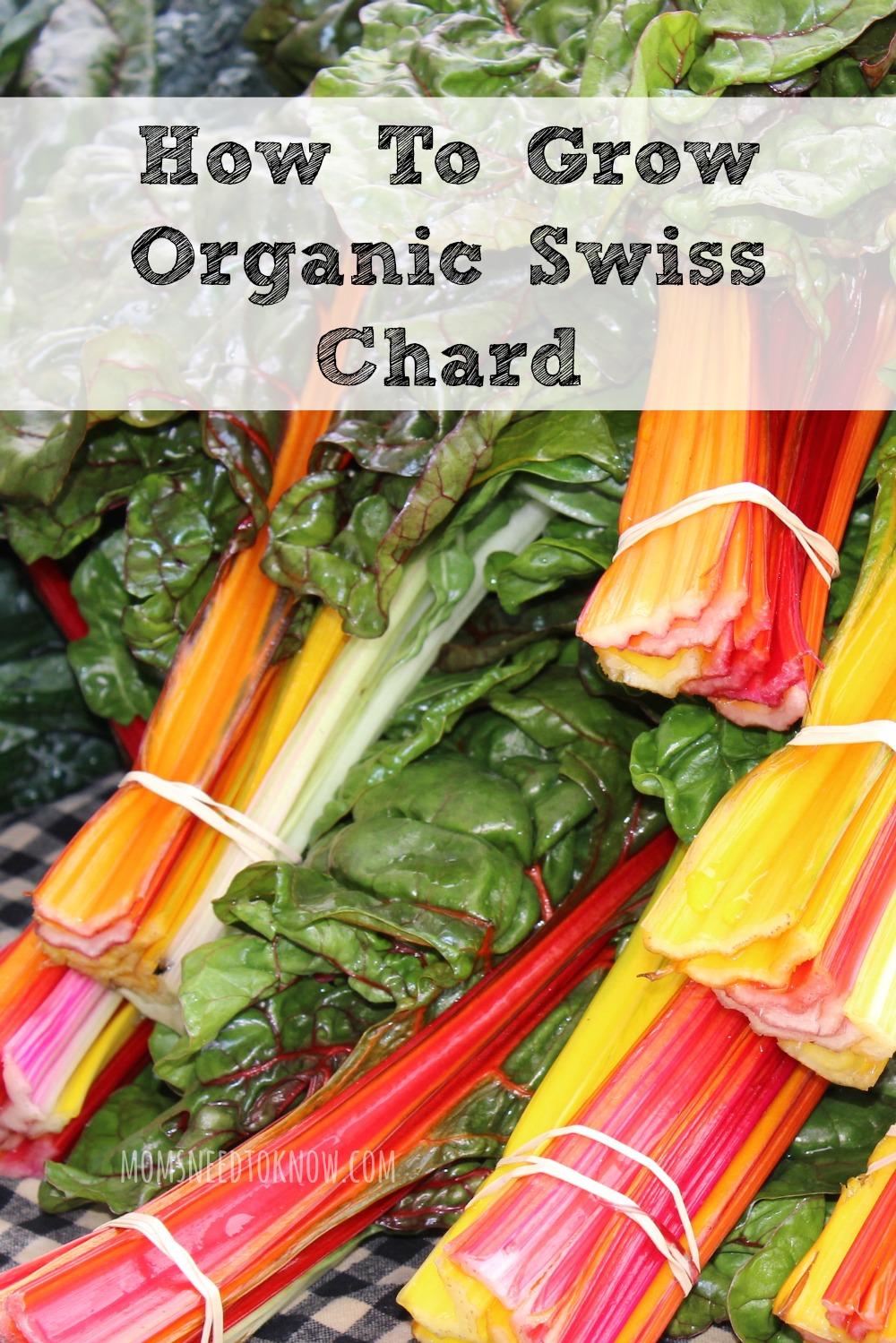 How to Grow Organic Swiss Chard

Swiss Chard is one of the prettiest plants to grow in your garden. The stalks come in vibrant shades of white, yellow, orange, pink, and red. The big green leaves tend to be dark, glossy, and ruffled. Swiss Chard is known as a great addition to Southern recipes, but it has been the newest addition to Green Smoothies because of all of its nutritional properties. Growing Swiss Chard isn't difficult, but it isn't easy-peasy either.

We talked about swiss chard being one of the best 5 things for your Spring garden, so here are some tips on how to grow organic swiss chard.

In order to grow organically, you have to start with organic seeds. Make sure the Certified USDA Organic seal of approval is on the seed packet. Swiss Chard is best to grow from seed rather than transplant. Sow the seeds two inches apart in well-draining organic soil. As with most large green leafy vegetables in the lettuce family, Swiss Chard likes to be well watered and doesn't do well when allowed to dry out.

To grow an organic garden you also need to have organic soil. Swiss Chard can be sowed directly into garden soil that has had compost added to it (if you aren't already composting, it is so easy to learn to compost!) They also do wonderfully in raised beds that have organic potting soil, combined with organic soil amendments such as vermiculite plus blood and bone meal. One of the best organic potting soils on the market is easily Black Gold!

Swiss Chard is a cool season crop. So for Zones 4-6, it is best to plant it either in the Fall or in the Spring once the chance of frost has left the area. in Zones 7-9 you can sow the seeds twice - once in October and again in February. Swiss Chard tends to grow pretty quickly and you can sometimes grow it a few times before the weather makes it impossible. Learn your zone here.