This shrimp and pesto crostini recipe is full of flavor and can be made fairly quickly. It is sure to be a hit at your next party! 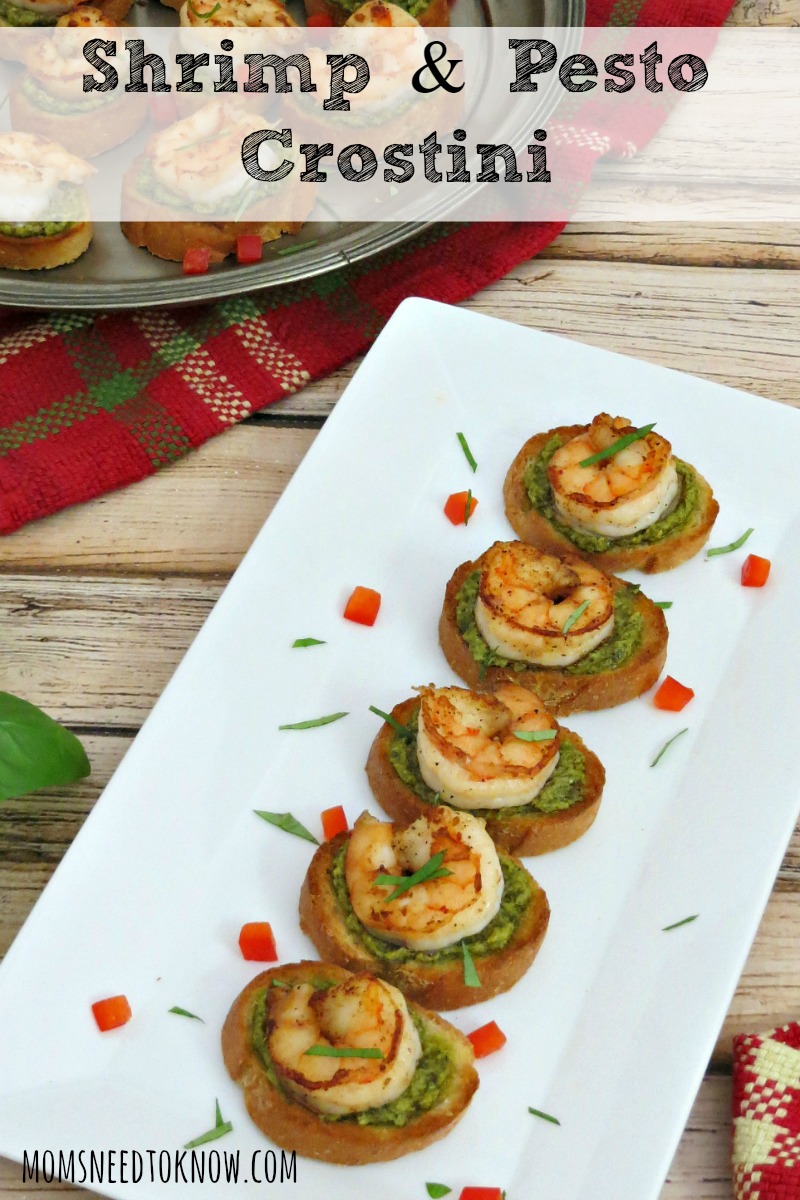 We have people over fairly frequently and I long-ago got tired of bowls of chips and dip (well - except for my dip for doritos recipe).

One of the things that I love about this crostini recipe is that it can easily be made ahead of time and then just assembled when you are ready to serve it.

A key part to this tasting fabulous is to get a good sear on the shrimp.  Be sure not to crowd the skillet with too many shrimp, or they will steam and not brown. It also helps to space them out in the pan.  Don't try to rush by doing too many at once because you will lose out on flavor!

I suggest assembling one full crostini and tasting it. Some store-bought brands of pesto are saltier than others, and you don't want to completely mask the flavor of the shrimp. You can adjust the amount of pesto to suit your tastes.  If you are using a very strong-tasting pesto (like my spinach and kale pesto recipe), I would strongly suggest using less or it will overwhelm your shrimp.

This made 24 crostini for me, but this will vary depending on exactly how many you get in a pound. If you have extra bread, you can save it for another recipe or serve it with pesto for those who don't like shrimp.

Pesto has tons of flavors and adds a little moisture, so I didn't brush the baguette with anything before browning it (and don't think it needs it).

You could also sprinkle these with finely sliced basil and/or freshly grated Parmesan cheese.  If you have guests coming who don't like shrimp, you could always top the pesto with some sliced prosciutto! 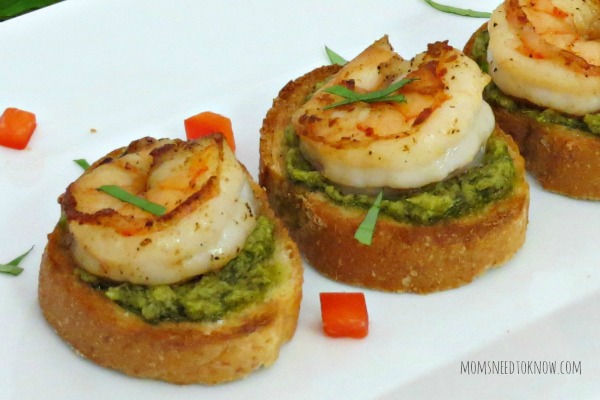 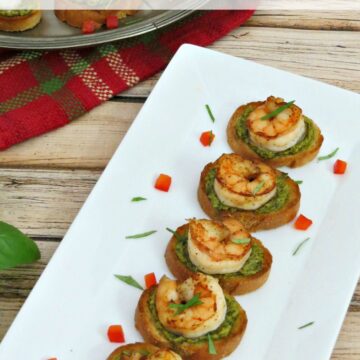 This shrimp and pesto crostini recipe is full of flavor and can be made fairly quickly. It is sure to be a hit at your next party!
Print Pin
Author: Mindi