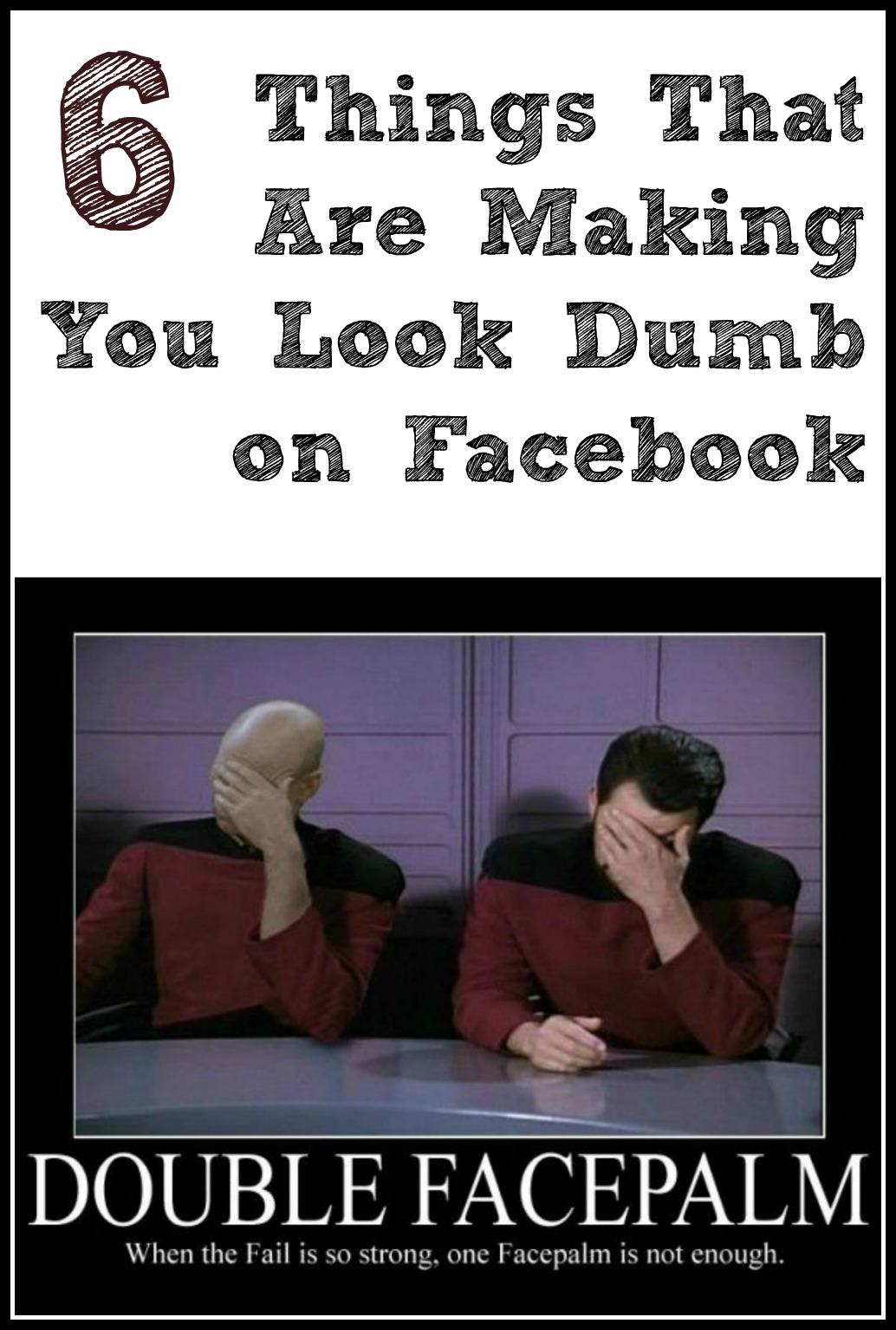 It's no surprise that people post an assortment of things on Facebook that can make them look really dumb. Are you one of them?  I practically live on Facebook and it never fails to amaze me how many people I thought were relatively smart can really lose all common sense when they are on Facebook.  We talked about a few pet peeves before, but it is time to revisit this issue!

Check out this list of things that make you look not-so-bright on social media. Then avoid them.

Nobody expects perfection, but please, before you post on Facebook brush up on the basics. Constant misspellings or using textspeak  on Facebook can make you look a little less than intelligent. While a little grammar or spelling slip here and there is not the end of the world, most people with a basic grasp of grammar will cringe if they see you misusing your and you're or there, their, and they're.

Okay, so most people know that The Onion is a satire site, but it's not the only one out there. There are several other prominent satire sites out on the web and not everyone understands that. Not only are there satire sites out there, there are also assorted articles that are meant to be humorous, but appear to be "real."

You can look pretty dumb on Facebook when you share an article that has an outrageous headline that is meant to be satirical, but you take it seriously. Read carefully before you share!

And even if you have read it carefully and it confirms everything about a politician or issue that you hate, scroll down to check out the "About" section (most satire sites tell you that they are exactly that in the "About" area) before you post.

In the world of Facebook and online in general, it is accepted that all caps means you are yelling (and it is incredibly hard to read). We don't need to see it. You can convey the fact that you are passionate about your subject without hitting that caps lock button.

Too Many Random Rants

It's true, we all rant about something now and again. We get wound up about something -- political, personal, religious, society, a cause, an incident -- and we share our thoughts. That's okay. After all, everyone is entitled to share their own opinions. Just please don't go overboard. We don't need to know your thoughts on every little thing so please keep the rants at a minimum.

That Like button tends to be overused on Facebook, so choose your Likes carefully. Don't hit that little thumbs up on every single post your read. It's a little disconcerting to read a post that someone's cat was just hit by a car and see that people actually Liked the post! It makes people look insensitive and just a little dumb.

We've all had it happen: Someone we don't know in real life and barely know online leaves a very personal or familiar comment on something you post on Facebook. It's disconcerting, awkward, and kind of makes them look a little dumb or stalkerish at least.

Don't be that person.

There are plenty of other things you can do to make yourself look dumb on Facebook, but start with this list and go from there.

Do you have any pet peeves to add to the list?