I love the taste of cinnamon and even more so once the weather starts to get cooler (although truth be told, I love it even during the hottest days of summer).  I used to buy flavored creamers all the time, until I started looking at the ingredients list.

And so I switched to just plain milk or half & half, but I still missed my flavored creamers.  Last year I made the syrup to make my copycat Starbucks Pumpkin Spice Latte recipe and it was so easy that I thought that I would like to get back to using flavored creamers...surely I could make it myself!

Enjoy another great taste of fall with the caramel apple cider recipe!

Well - it turned out to be just as easy as I thought it would be - and equally delicious!

The best part of this recipe is that you can really tweak it to suit your needs.  I use "regular" half & half because I like the creaminess of it and I never use more than 2 - 3 tablespoons per day (I limit myself to 2 cups of coffee per day), so I am not really worried about the calories or fat in that amount each day.  You can lighten it up a bit by using a combination of half & half and milk or even by using fat-free half & half.  I used honey as my sweetener, but you can use agave, regular sugar or even artificial sweetener.

Heating and straining the half & half and cinnamon together infuses the flavors without cinnamon "sludge" at the bottom of your cup of coffee. You can simply use a cheesecloth to strain the creamer after it has cooled a bit.

If you don't want to strain it, you can allow the mixture to sit for 15 minutes. This allows the cinnamon to settle at the bottom, and then you can slowly pour the creamer into a serving jar. Just be sure to stop pouring as soon as you see the cinnamon at the bottom - and discard that.

This will keep for up to a week in the refrigerator. Just store it in a glass jar with an air-tight lid and you should be fine! 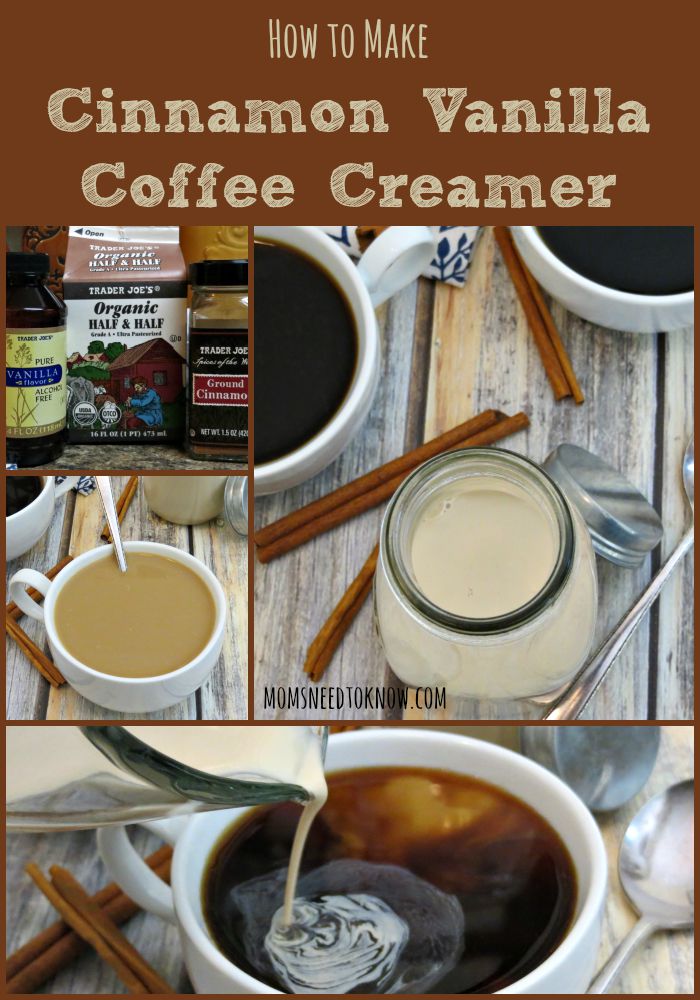 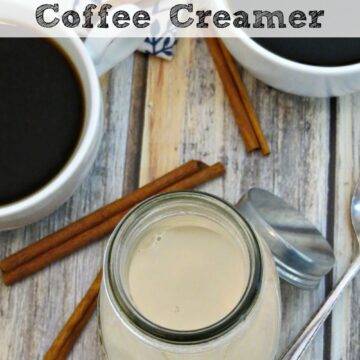 I used to buy flavored creamers all the time - until I took a look at the ingredients in them. With this homemade cinnamon vanilla coffee creamer recipe, I am back to enjoying flavored creamers!
Print Pin
Author: Mindi