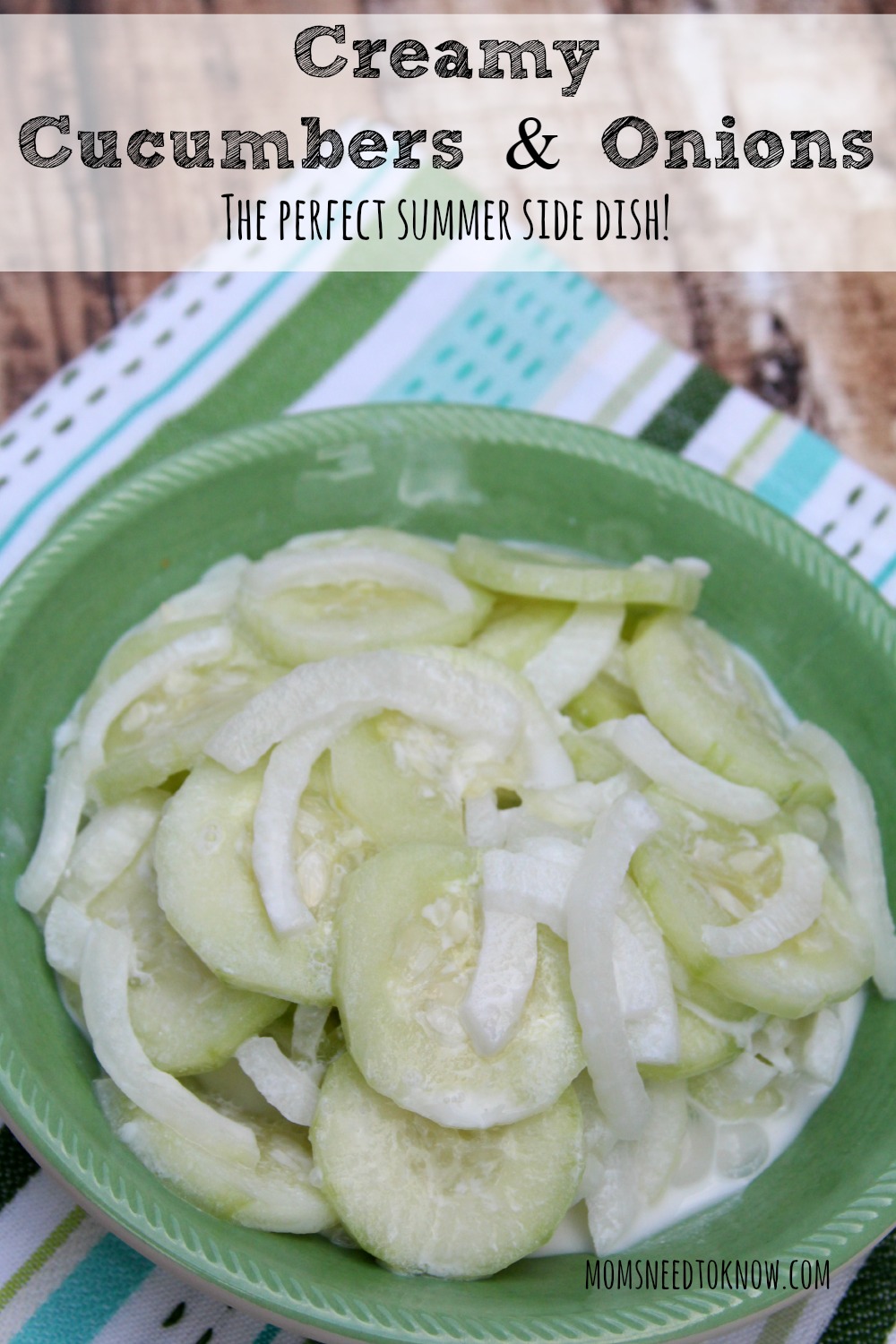 If there is one recipe that takes me back to my childhood and my grandmother's house, it is this creamy cucumbers and onions recipe. Growing up, it would be a side dish at almost every meal!.I think that was partly because it is so stinkin' easy to make and partly because it is such an inexpensive recipe.  I have always grown cucumbers in my garden, but even if I didn't - cucumbers are cheap!

Over the years, I have tried many variations on the recipe, scouring the Interwebs for a more "upscale" version of my grandmother's recipe, but I just keep coming back to this one. I don't need dill or tomatoes added to it and I CERTAINLY don't need to make it with mayonnaise. When it comes to the way my grandmother makes it: if it ain't broke, don't fix it! 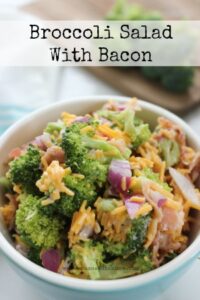 Need another dish to put on the table at your cookout? Try this delicious broccoli salad!

Some people peel their cucumbers completely and some people leave the skin on. I am not a huge fan of leaving the peel on (because Grandma never did), but sometimes I will purposely leave some small strips of peel on the cucumber before I slice it, just to give it a little color. I will tell you, that when it comes to the cucumbers, I like using plain old "regular" cucumbers. My husband's friend (of the bacon-wrapped cheeseburger fame - they make them about 2 times per month!) made my recipe a few weeks ago using English cucumbers and it just wasn't the same. I like the seeds that are in the traditional cucumbers!

As for the onion? I usually use a plain old yellow or white onion. I have tried it using a vidalia onion and you lose much of the "bite" of the onion. Seeing as the sauce is creamy and slightly sweet, I really do think that you need that "bite". Thinking about using a red onion? The taste is there, but this is a recipe that tastes better the longer it sits...and you will end up with purple cucumbers & onions!

This is a recipe where the sauce will "react" to the cucumbers and make even more sauce/juice, so don't be too worried if it initially looks like there isn't enough sauce for your cucumbers & onions. You are going to want to let it sit for at least 4 hours before serving and I promise you that, by that time, you will need a slotted spoon to serve it without the sauce running all over the plate!

I know that someone is going to ask "why do you soak the cucumbers in salt water?".  It's very simple - soaking the cucumbers "softens them up" a bit and I like my cucumbers "floppy".  Soak them or don't soak them...it's really a matter of personal preference!

Scroll down for the recipe - and don't forget to check out my searchable recipe index for more great recipes! 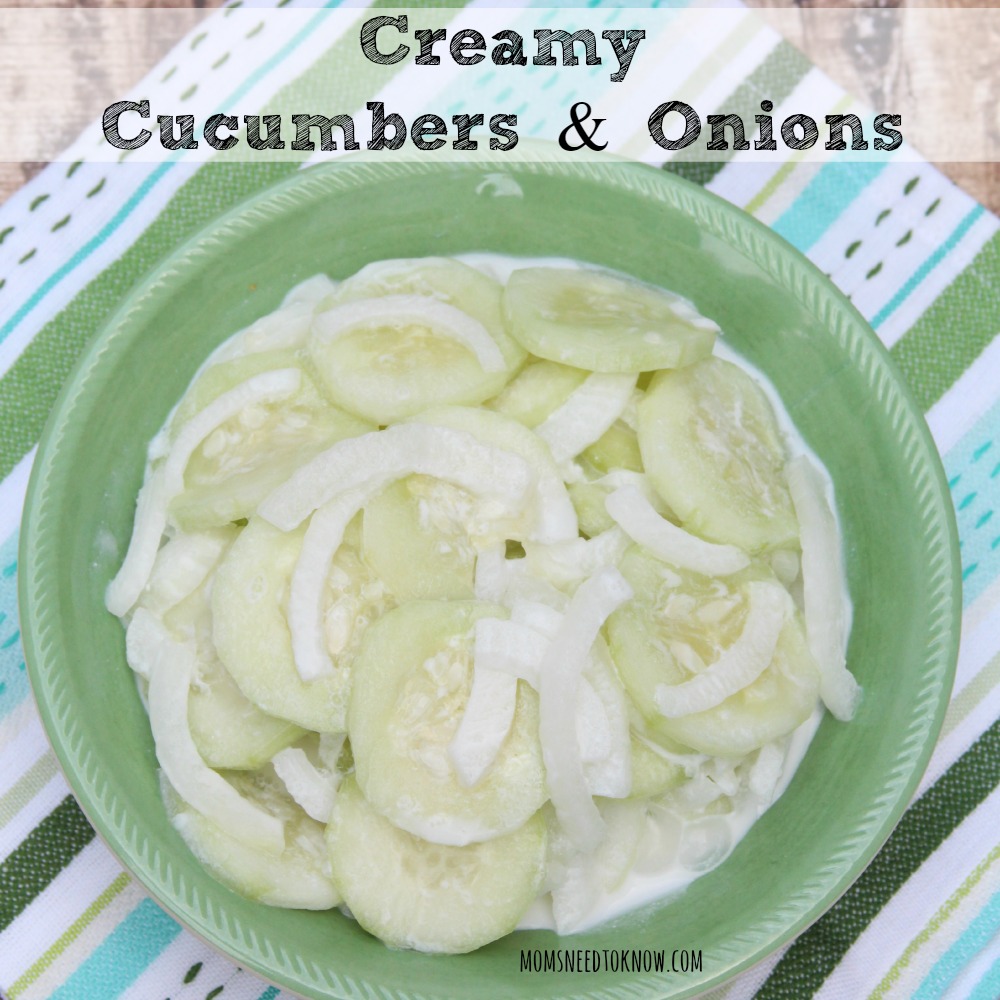 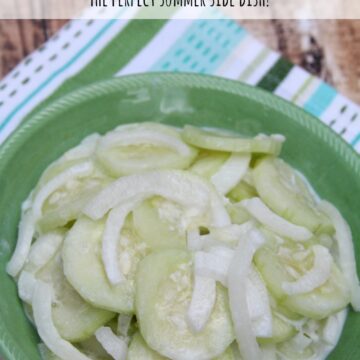 If there is one recipe that takes me back to my childhood, it is this creamy cucumbers and onions recipe. Growing up, it would be a side dish at almost every meal
Print Pin
Author: Mindi