This Spanish rice recipe is so simple to make that you will stop buying the boxes in the store - and it bakes up right in your oven! 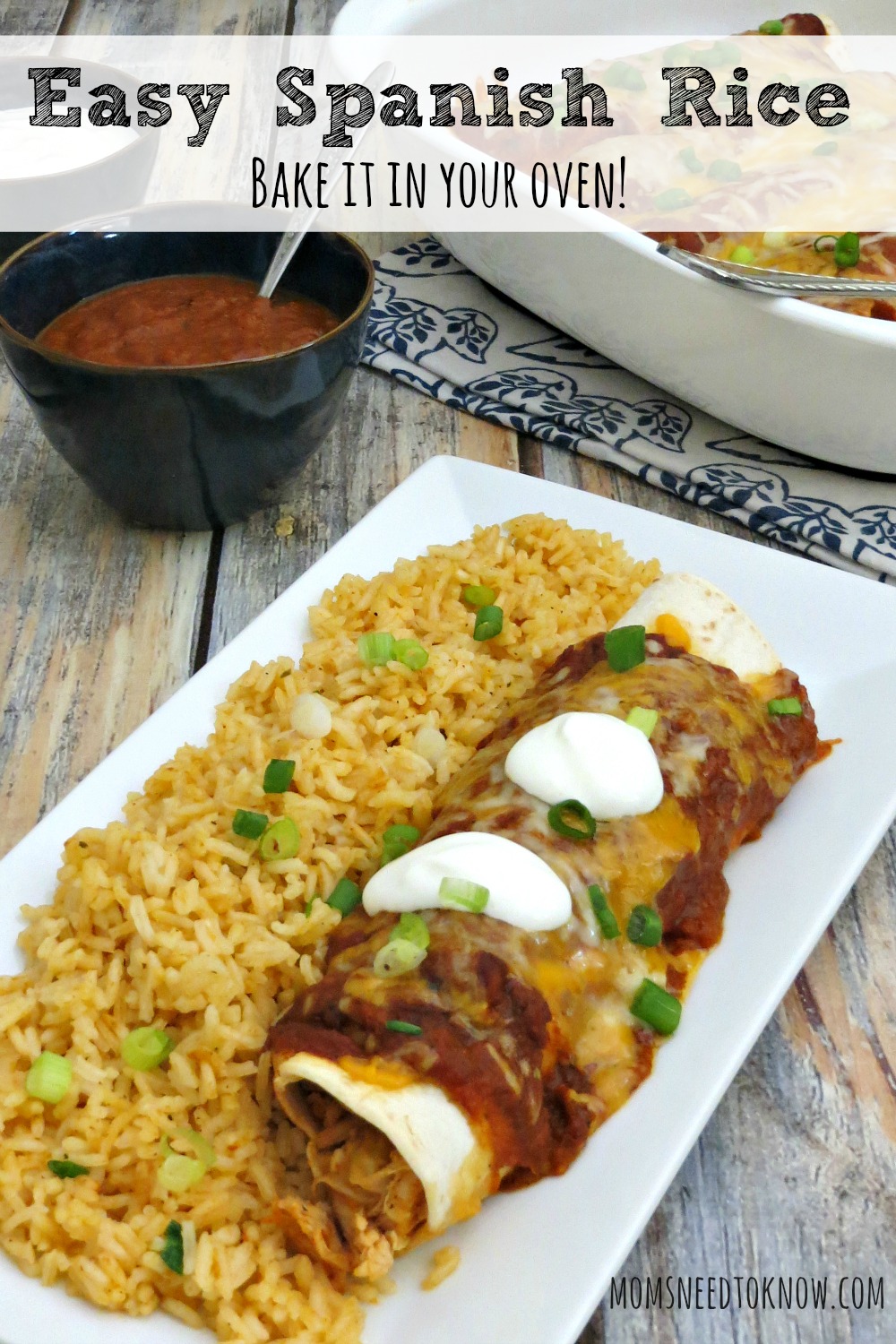 We love enchiladas in our house (mainly because they are so easy to make) and Spanish rice just seems to be the perfect side dish to go with them.

Ever since I started making my own enchilada sauce, I also stopped buying those boxes of Spanish rice mix as well. It's just too easy to make from scratch! 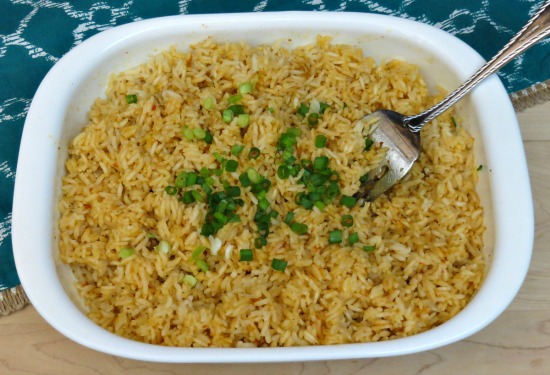 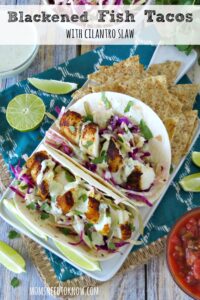 I am slightly addicted to fish tacos but don't like the way that so many places fry the fish. Blackening the fish gives these fish tacos so much flavor!

A simple mixture of long-grain rice, some enchilada sauce, oil and a few spices, this Spanish rice recipe bakes up in your oven so you don't have to worry about stirring it or it burning to the bottom of the pan.

Even though we use a red enchilada sauce, this would still be a nice side dish with green chili chicken enchiladas or even with my sweet and spicy shrimp tacos - I have even been known to throw some of the rice right in there with the tacos.

My family isn't that adventurous, but I have also thrown some (drained and rinsed) canned black or kidney beans in with the rice before baking it. It just gives it some added color, protein and flavor.

This Spanish rice recipe is a bit mild in flavor, but that is mainly because I usually serve it with enchiladas that are using the same sauce as in the rice and I don't want it to be too overwhelming. If you want a little more flavor, increase the amount of enchilada sauce by 1/3 to 1/2 cup and reduce the amount of chicken stock that you use by an equal amount. 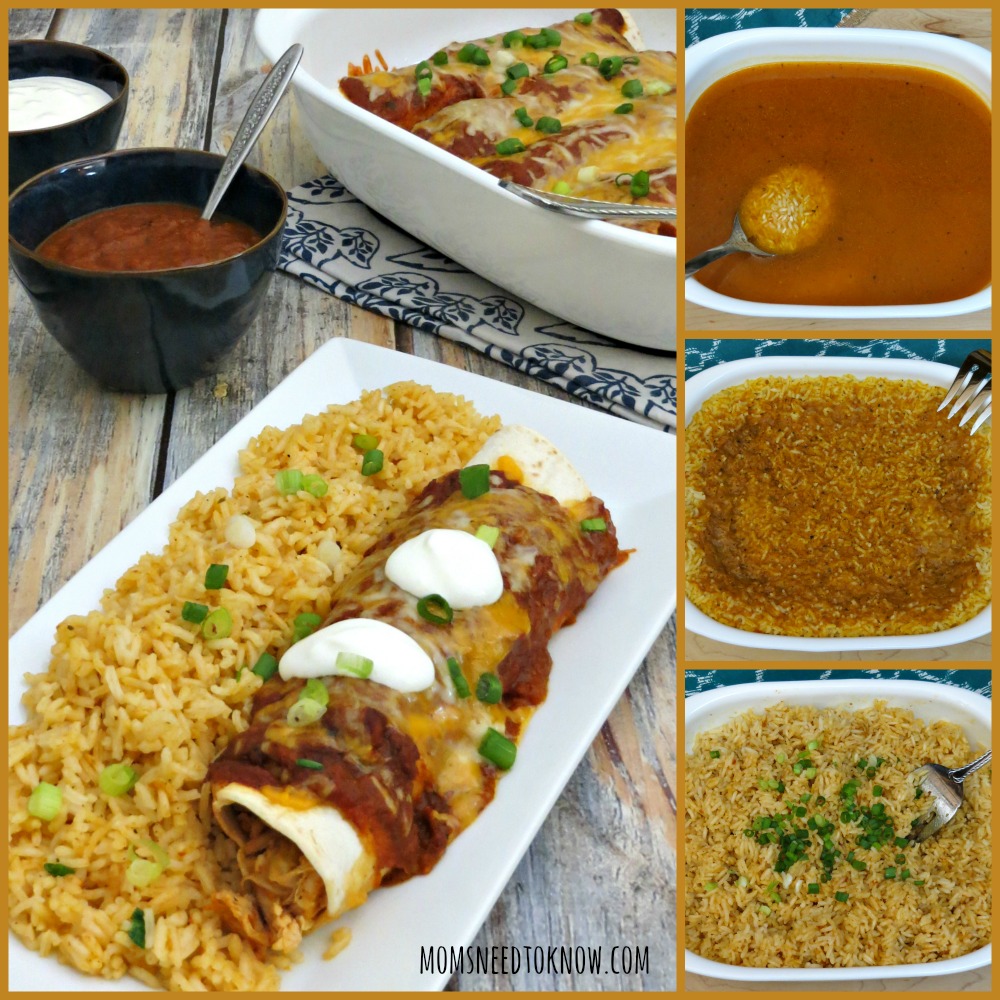 This Spanish rice recipe is so simple to make that you will stop buying the boxes in the store - and it bakes up right in your oven!
Print Pin
Prep Time: 10 minutes
Cook Time: 30 minutes
Total Time: 40 minutes
Servings: 6
Author: Mindi