Making your ham in the crockpot is really easy and a great way to free up your oven for other things that you need to cook for your meal! 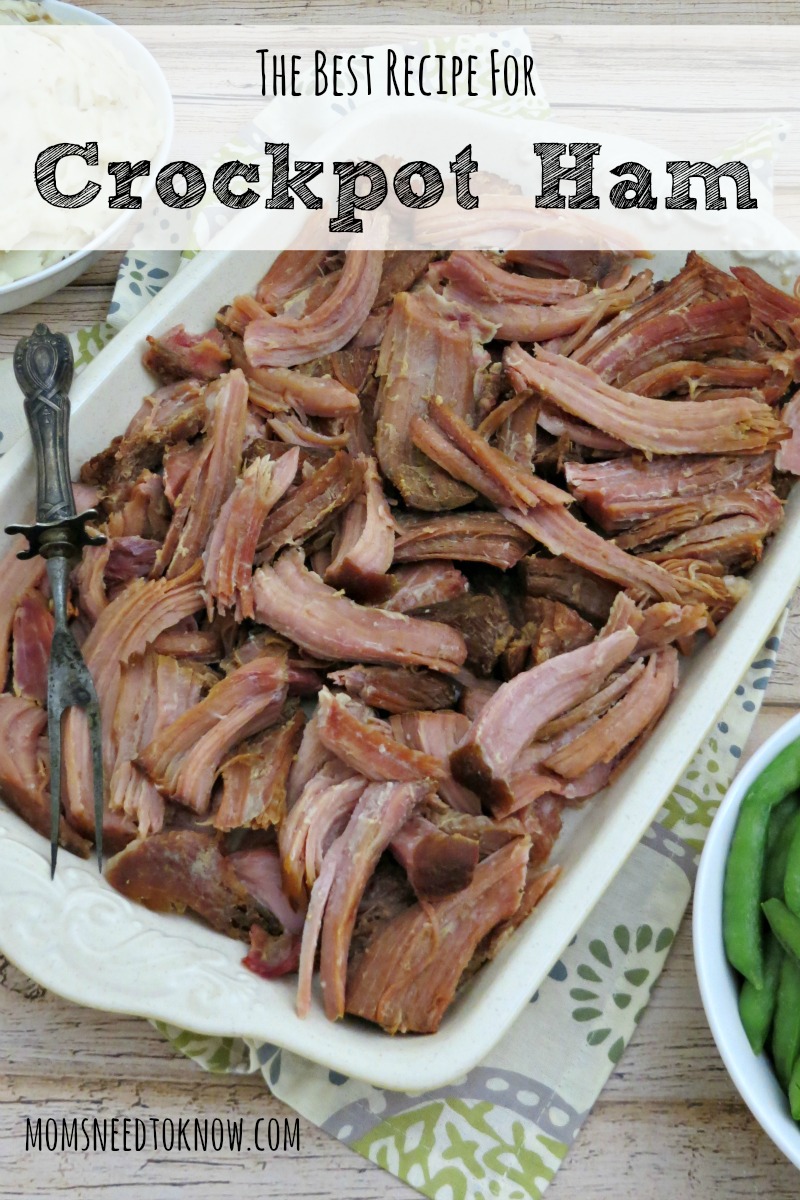 We love ham in this house and after every "ham holiday" (Easter, Christmas, etc), I am always staking out the grocery stores to get a good deal on them (they usually will mark them down a few days after the holiday) and stick them in the freezer for later.

And when it comes time to cook my ham, I will usually make a "mini holiday dinner", complete with oven roasted butternut squash, some creamy cucumbers and onions, a loaf of my homemade beer bread and even a nice dessert!

And because I only have 1 oven (I continue to be jealous of my sister and her double oven!), it is just so much easier when I cook the ham in the crockpot! 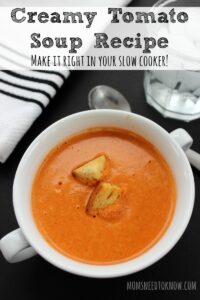 Make this easy tomato soup recipe in the crockpot or on the stovetop. The perfect recipe for a rainy day (especially if you pair it with a grilled cheese!)

I have several slow cookers, but my favorite one is my 6-Qt programmable Crockpot because I don't have to worry about the size of ham that I am buying - most all of the ones at my store will fit!  If your ham is too big for your crock pot, cover the top tightly with heavy-duty aluminum foil, making sure it's airtight.

Most hams are already fully cooked and can dry out quickly, so you'll want to check it every 30 minutes after the first three hours. If the liquid appears to be evaporating, add some water. That said, I've made ham in the crockpot more times than I can count, and I've never had an issue with there not being enough liquid. The only reason this might happen is if you have a crock pot that cooks at an unusually high heat.

Cooking your ham in the crockpot in beer not only helps to tenderize it, but gives it a great flavor and makes it incredibly juicy. I've tried many different beers over the years and have found that Killian's is perfect. A nut brown, Oktoberfest or even a light beer would work well. You just want to stay away from anything too hoppy or bitter, because those flavors will intensify as they cook. If you have an aversion to cooking with beer, you can also use a dark-colored soda or apple juice. 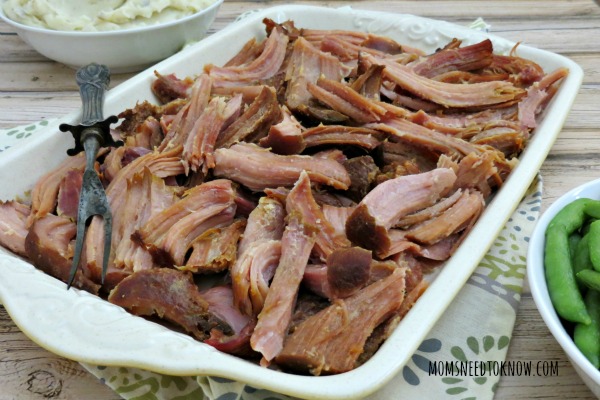 In addition to the brown sugar, you can also add pineapple rings to the outside of the ham by using toothpicks to secure them in place.

If you prefer a glaze over a sauce, simmer the juices until they become slightly thick and coat the back of a spoon.

Leftover ham is perfect for making quick soups (especially my Bean & Ham Soup with Curly Endive!), omelets, sandwiches and so much more! 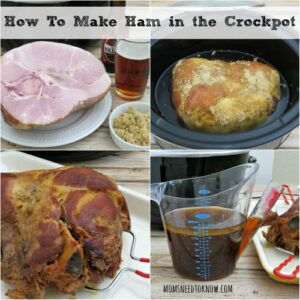 To Make The Ham

Look for sales at the grocery stores after Christmas and Easter. You can get some great markdowns on hams! I usually pick up 2 or 3 after each holiday and we can have an inexpensive ham dinner all year long!